The response from? whoever at Rhondda Cynon Taf Council, to questions residents raised by the controversial plans to move the Ynys roundabout road crossing and the demolition of the footbridge over the A4059 Aberdare Bypass.

Rhondda Cynon Taf Council responded with, “Hello, the scheme will significantly reduce traffic queuing on the roundabout, while the new pedestrian route is just 70-metres longer than using the existing footbridge. A section of this bridge is almost life-expired and surveys suggest that around 10% of people use it the vast majority use the roundabout crossing. The bridge will stay in the short term but may be removed in the longer term. The road constraints at this location mean there isn't room for a DDA compliant bridge – but this is included in the scheme at the new location”

The scheme will significantly reduce traffic queuing on the roundabout? There are 2 roundabouts in close proximity to each other and the 2 roundabouts have pedestrian crossings positioned just meters away from the roundabouts. As pointed out by a resident to the council, “you will just shift the problem downstream to cause a similar queuing issue at Tinney’s roundabout and elsewhere?

Tinney’s roundabout at peak times there is traffic queuing from the Ynys Roundabout to the Tinney’s roundabout so what the council is doing and consultants Redstart have proposed will increase traffic queuing on the bypass and the B4275 road from Aberaman. The B4275 at peak times the traffic is queuing well past the Blaengwawr Inn and this will increase because of the ongoing developments at the Blaengwawr Comprehensive School site fact. With the increase in queuing traffic comes the additional risk of more air pollution from traffic fumes.

The new pedestrian route is 70-metres longer than using the existing footbridge so the residents of Abernant have longer to walk into town I assume the Abernant Labour councillor who has been the councillor for over 25 years is quite happy with the new 70-metres route his constituents will have to take?

RCTC explain, “A section of this bridge is almost life-expired”. But as with many bridges throughout RCT that is why the council publish when a bridge is replaced or repaired and concrete bridges have a life span of a minimum of 100 to 150 years, Aberdare bypass was only constructed in 1984. The bridge is just 37 years old nowhere near its end of life, it would appear the council just want to demolish the bridge and not even maintain the bridge as it has done with other bridges throughout RCT. (As a footnote the Iron Bridge in Trecynon has been out of use for years just another Cynon Valley bridge that the council can't be bothered to repair, there are 3 labour councillors supposedly in Aberdare West where the Iron Bridge is in disrepair and the public right of way out of use. 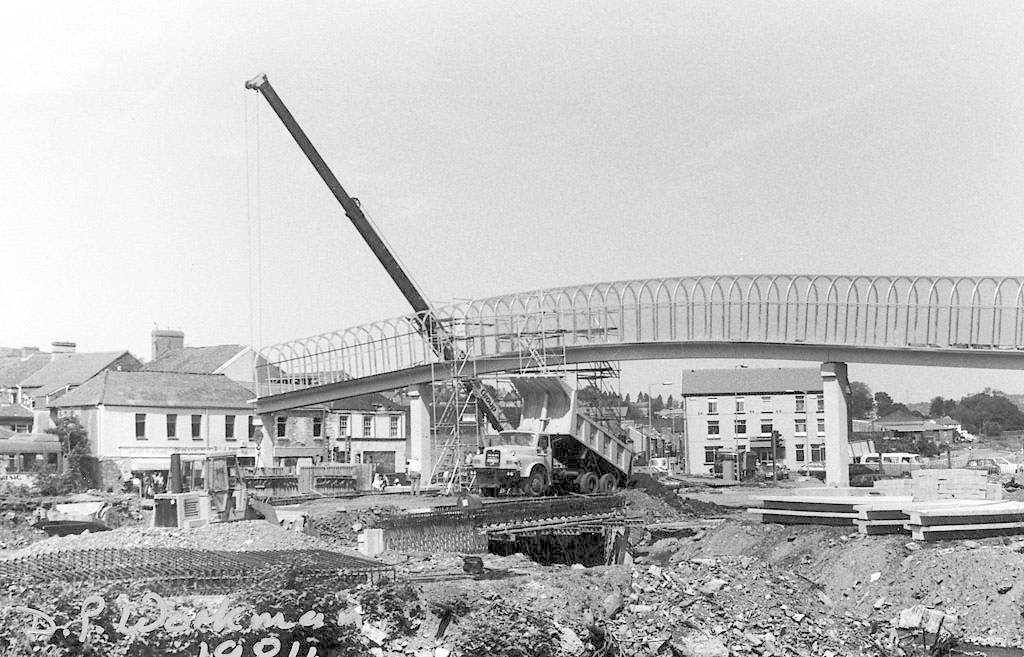 The council informed us that just “10% of people use it (The Bridge) the vast majority use the roundabout crossing” Well that’s not rocket science to see the reason the road crossing is the most popular it is the easiest and shortest route, unlike the proposed new route that is 70 meters longer.

“The bridge will stay in the short term but may be removed in the longer term.” So the council cabinet or consultants have not made a final decision on demolishing the bridge?

We are informed, “The road constraints at this location mean there isn't room for a DDA compliant bridge” Once again how can the council come out with a statement like that when you only have to look at the plan of the new route to see just how this can easily be achieved. It would appear it’s all down to money; the consultants working for RCTC have come up with a plan that the cabinet has approved irrespective if the residents object to the new scheme. Were the Residents of Abernant consulted on the new crossing and extra 70-meter detour?

The plans were drawn up by Redstart part of the Capita group of company’s so it’s not surprising the plan to move the road crossing at Aberdare is controversial it is the same company who designed the dangerous road junction on the A4095 at Newtown Mountain Ash part of the Southern Valley link road scheme. Countless residents have criticised the layout of this new road junction but the council is content to see no safety improvements made to this 5-lane road junction.