More than 100 years to pay back M4 Relief Road Waste

A Freedom of Information request by the Welsh Conservatives on the now defunct M4 Relief Road scheme has found that a total of 29 houses were purchased for £15,277,202 through compulsory purchase orders in preparation for the new road. Since then 7 have been sold, 7 are now tenanted and 15 lie vacant. 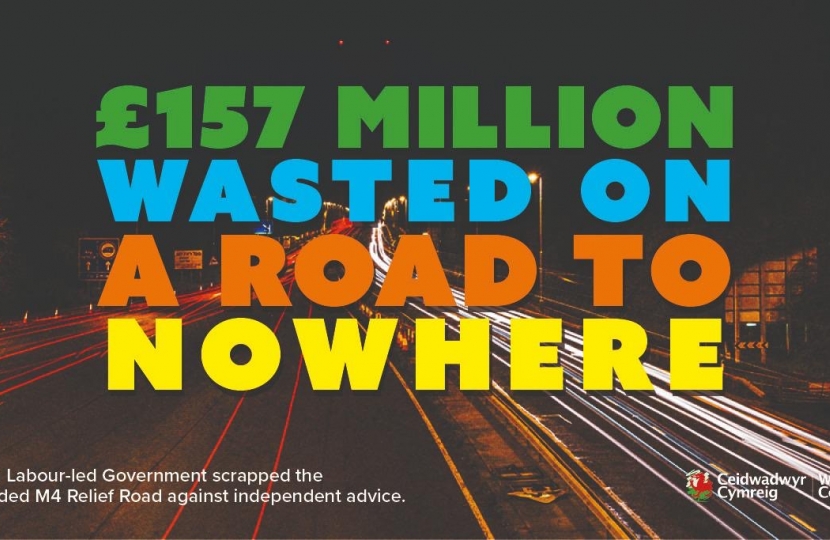 The total annual rental income for the properties currently tenanted is £106,504 a year, whilst 7 properties have since been sold for a total of £2,140,735.The findings increase the total waste on the M4 Relief Road to £157 million.Shockingly, two properties were bought for £575,000 and £400,000 in April 2019, just two months before First Minister took the unilateral decision to abandon the M4 Relief Road scheme.Commenting on the find, the Shadow Minister for Economy, Business and Infrastructure, Russell George MS, said:“The financial waste built up by the Welsh Labour-run Government from the M4 Relief Road saga has been one of its most notorious scandals and raises serious questions about how so much money can be wasted with nothing to show for it.“For the last 20 years successive Welsh Labour-led Governments have dragged their feet before abruptly abandoning the scheme last year, instead of delivering for the people of Newport and South Wales.“Equally disturbing is the apparent shambolic decision-making process within the heart of the Welsh Government, where two properties – worth just under £1 million - were purchased just two months before the First Minister unilaterally abandoned the M4 Relief Road scheme.“People will rightly be frustrated by being short-changed of £157 million especially when the money could have strengthened our public services by increasing pay for our vital healthcare workers.“The Welsh Labour-run Government has, once again, expected the taxpayer to pick up the tab for the vast sums of money spent on a project it later sank. An eye-watering £157 million of taxpayers’ money has been frittered away, and worse still there is nothing to show for it.”ENDSYou may also be interested in   ‘Green-collar jobs’ central to Wales’ Covid-19 recoveryWednesday, 22 July, 2020The Welsh Conservative Shadow Minister for Climate Change, Energy and Rural Affairs – Janet Finch-Saunders MS – has today (July 22) urged the Welsh Government to carefully target their economic recovery schemes to stimulate long-term “green-collar jobs” that aids those sectors hardest hit by the

CTUHB Wearing a face mask in our hospitals

At Rhydywaun we intend to offer an education of the highest standard possible which tries to answer the needs of the individual within a supportive, happy and totally Welsh environment. Every pupil will be encouraged to develop self respect and a positive, responsible attitude towards life in general.