Looking forward to another 5 years of Labour in control? Happy paying more for less?

We are a safe Labour Borough and as a safe Labour borough and the continuity of Labour Leadership in Rhondda Cynon Taf since 2004 we have been able to rise your council tax year on year and we have managed to cut many public services and then charge you extra for the services that were provided within your high council tax.    Just some of the libraries RCT Labour closed Treherbert, Ton Pentre, Penygraig, Maerdy, Ynyshir, Cwmbach, Penrhiwceiber, Ynysybwl, Cilfynydd, Beddau, Tonyrefail and Nantgarw. We managed to close all council-run paddling pools, but we did say in our 2012 manifesto we would keep Ponty Park paddling pool open but we didn’t mean it, even though we knew we were closing it. But that’s ok we know you will keep voting for us. Yes, we have made many promises in the past but there you go, we have such a majority with no opposition so we can do as we like in the full knowledge we will be back for more of the same for the next 5 years after the May elections.  Just think how many more cuts to public services we can achieve in 5 more years. Please stop mentioning the flooding problems you had and the Public Inquiry you never had to find out why it happened; was it a lack of maintenance we shall never know because we have a Labour majority and we labour councillors voted against a public inquiry to find out how such a volume of unnecessary flooding occurred, hey do turkeys vote for Christmas? 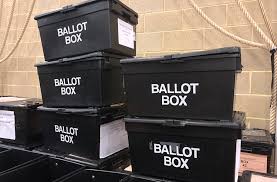 ‘MAINTAIN WEEKLY REFUSE COLLECTIONS’  Labour in Rhondda Cynon Taf already has a strong track record of investment to improve our environment. A Labour controlled Council will protect and maintain weekly refuse collections  RCT residents had no restrictions on the amount of black bags that you needed to put out on bin day, bin day was every week now its once every 2 weeks and now if you exceed your 2 black bags to 3 and you put out 4 bags of recycled waste at the same time, the council advice if you put out too many black bags is?Any additional black bags (except ash waste) will not be collected and residents are likely to receive a visit from the Council's Enforcement Officers. This is a further cut in our public service after they cut the service from a weekly collection. Bulky items you have to get rid of again this was included in your council tax now the council charges for this service another £12-75 on top of your council taxes.Labour said in one of their older local election manifestos, zero Charges for Bulky Collections If re-elected Labour will continue its policy of maintaining zero charges for bulky collections. ‘MAINTAIN SUPPORT FOR CLEAN & TIDY NEIGHBOURHOODS’  Our ‘Street Blitz’ approach to ensuring our neighbourhoods are clean, green and tidy will be protected and will receive additional support and investment under a Labour controlled Council.   Labour said they would have, “Regular street blitzes to keep our towns and villages clean” Now we have councillors and cabinet members organizing residents to go litter picking themselves if you want your area cleaned up. The councillors organizing this are well aware it is the law that the council has to clean up litter. The Council cut the service and asks residents to provide the service they cut, a service they are paying high council tax for. Rats/Mice was a service included in your high council tax now you have to pay an additional £29.30 for that service on top of your council tax Green waste bags were free, now you just get 2 bags and then the council starts charging for green waste bags even if they are broken or stolen £3 charge per bag  This is another Labour local election manifesto 2012 guarantee, Labour to have a dedicated and mobile enforcement team to apprehend illegal off-road bikers, illegal off-road bikers still using our public roads to get where they can off-road. Transparency & OpennessHas the council provided answers to questions you asked them? If not why not? Do you believe the councillors and the council is transparent & Open? Why are the council not providing the public with the locations of Dangerous Coal Tips seeing as RCT has the highest number of them? No RCTC is not transparent & Open and neither is the Labour-controlled Welsh Government. But you keep voting for them, A Labour-controlled Council would commit to streaming its meetings on the Council’s webpage. Labour Councillors would also commit to reintroducing the area planning committees. Many planning applications do not go in front of the Development Control Committee; Planning Officers allow and pass major planning applications with no redress for the public. Councillors have less to do with planning applications but get the same reward for being on a committee,  PROTECT ‘SEVEN DAYS A WEEK MEALS ON WHEELS’ & SUPPORT PROVIDED FOR THE ELDERLY  A Labour-controlled Council would commit to protect the provision of our seven days a week meals on wheels service and other associated services supporting the elderly introduced by Labour from UK Government cuts.    Did Labour protect seven days meals on wheels? Don’t forget Welsh Labour always helps the working class who want a quiet drink after work by increasing alcohol prices in Wales 18 cans in Wales £20.00 but if you cross the border you only pay £11.00 yes Labour is really helping us working class with the cost of living.