The two photographs shows two Streets in 1972 and now in 2017 the only thing that has changed in the photographs is the vehicle.

Some streets in Trecynon have not changed since before the nineteen sixties or even earlier: dangerous uneven pavements when there are pavements and what can we say about the state of the roads...

With people living in such poor conditions in 2017, it begs the question why the Labour Party throughout their rule in Aberdare and District Council, Cynon Valley Council and now Labour controlled Rhondda Cynon Tat Council has neglected this part of Trecynon for not far short of a century?

The council had funding to tarmac a lane almost next to Bell View Street as part of the Brecon Beacons and Heads of Valleys cycle route (Route 46) to the north, and their local councilor for the Aberdare West / said on Twitter, “Delighted work is underway to improve the paths in Aberdare park, especially those at the beautiful rose gardens” 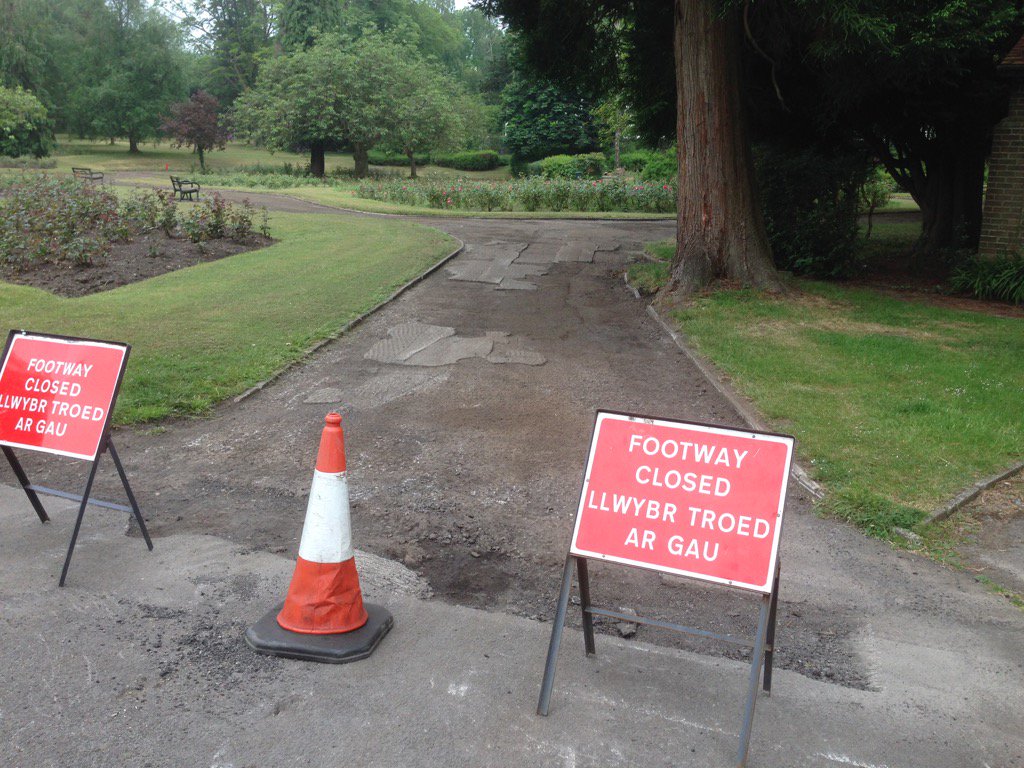 RCTC laid new tarmac around the lake at the Aberdare Park because of safety report by ROSPA, so RCTC has money for tarmac but not for some streets in Trecynon.

Labour has been saying for years it invests in our roads and footways, but not in all parts of Trecynon it would seem.

Even the rose gardens in Aberdare Park now have a better condition than these streets. That doesn’t help the residents in Trecynon, nor does it help elderly or disabled residents negotiating non-existing pavements and road surfaces in worse condition than the path to the summit of Pen Y Fan, something we have witnessed first hand Bell View Street, Trecynon.

Who's to blame? Well, the law says it's down to the discretion of the council, which in our case is Rhondda Cynon Taff.

"Under Highways Act 1980, local highway authorities may adopt streets that they are not currently responsible for maintaining, but this is purely a matter for local decision. Local authorities have discretionary powers to improve the standard of a private street at any time and to contribute to the cost, but some choose not to exercise these powers."

“We cannot adopt roads where the sewers are not already adopted by Welsh Water – because we would be taking on the liability for the drains.”

This is simply not the case, with them already in control of drainage in these streets.

Welsh Water provide a little information on their website regarding council adoption:

A question to Welsh Water: Will my road be adopted now that you have taken over the sewers?

The answer from Welsh Water after transfer of responsibility for sewers:

So we are left with many residents living in streets just about fit for a south wales remake of Ripper Street, how can this happen in 2017? Why hasn't the Labour council adopted streets who's houses were built pre 1920?

Below just some of the streets in Trecynon

By the way the new tarmac that was laid in Aberdare Park Rose Gardens it floods.

The Labour council just spent £100,000 in the park but still no paddling pool open

Working from home? Customers may be eligible to claim tax relief in 2021/22