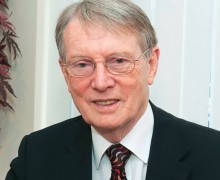 “I have to set the local policing priorities for South Wales and ensure we maintain an effective and efficient police service for our communities. I do this by working closely with our Chief Constable Peter Vaughan, to support the police in delivering the best possible service, and with our partners to tackle the roots causes of crime.

“The Police and Crime Reduction Plan 2016-2021 sets clear priorities for policing South Wales and we have been consulting with the public and partners on these throughout the summer. The responses we have received endorse our intention to work even more closely with partners in local government, the NHS and other bodies to ensure that we “shrink together, not shrink apart”, despite the massive cuts imposed on the Police and on other public services by Government decisions.

“Now I want to hear your views and comments on the plan itself, by listening to your views, I can ensure that we as a police service tackle issues that are close your heart.”

“Since the Comprehensive Spending Review of 2010, the UK Government has reversed two decades of investment in policing and crime prevention. In late November we expect to hear the outcome of the Government’s Comprehensive Spending Review, but we already know that “unprotected departments” have been asked to model real terms cuts of 25% and 40% through to 2019/20.  The Home Office which provides substantial funds to the police is an unprotected department so further deep cuts in the Police Grant seem inevitable, and the only other significant funding comes through the council tax.

“In developing my spending plans for 2016/17 I seek to protect policing as far as I can through a modest increase in the Council Tax Precept in order for South Wales Police to have the capacity to fight crime, prevent crime and make our communities safe.

“In considering the contribution I can reasonably expect from Council Tax, I have to bear in mind that South Wales Police has the lowest charges in Wales, as shown below:

“Our expenditure plans currently provide for a Council Tax increase at the 5% level, and for a Band D taxpayer, that would lead to an increase of £10.00 per year – less than 20p a week.  Each 5% on Council Tax raises the equivalent of 100 police officers (nearly £5m) for South Wales Police. Nobody wants to increase the charge, but people want to live and work in safe communities and that has to weigh heavily with me when making my final budget decisions.”

“We are helped enormously by Welsh Government both in terms of partnership working to keep our communities safe and in terms of the money provided by Welsh Ministers which enables us to employ 206 PCSOs – more than we would otherwise be able to employ. I want us to make best use of that extra resource which is enormously valued in every community across South Wales.”

People are encouraged to submit views on the plan and council tax precept proposal between November 2nd – 21st . The full consultation document can be found here:2015 10 27 Draft Budget and Crime Plan Consultation final

More than £450,000 can be spent on runing ministerial vehicles in just a single year,

Aberdare Golf Club founded in 1921, it has been a well established facility in the heart of the Cynon Valley for many years. Our Club lies just one mile from Aberdare town centre; acres of manicured, meadow lawns and mature oak form the contours of our mountain parkland course. Surrounded by panoramic views of the South Wales Valley, this is truly a beautiful place to golf, lunch and socialise.